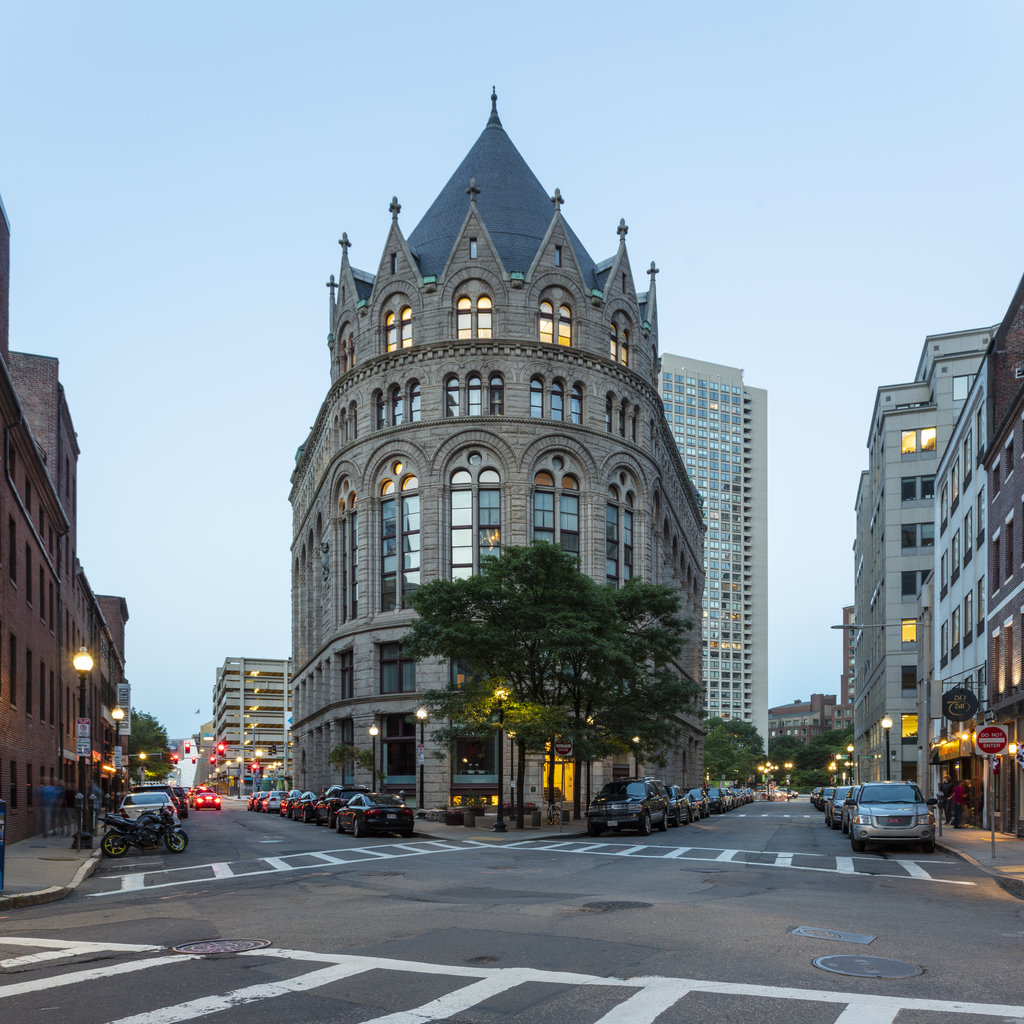 The Grain Exchange building, constructed in 1892 and the original home of the Boston flour and grain exchange, is one of Boston's most striking buildings. The Grain Exchange was built on land donated by Henry H. Whitney for the Boston Chamber of Commerce and in 1994, it was designated a Boston City Landmark. The exterior was revamped by The Beal Companies in 1988 and the interior had that same care in 2016.